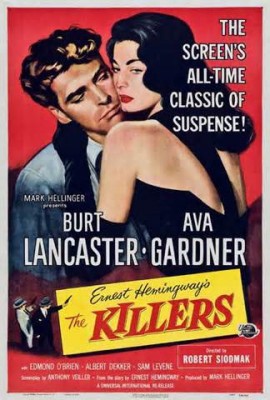 Film noir, adapted from Ernest Hemingway’s short story, about the murder of an ex-boxer was nominated for four Oscars, including director and screenplay.

The College of Arts and Letters Film Series puts the craft of writing front and center with its Fall 2014 series “The Screenwriter: Oscar Winning and Nominated Screenplays – Adapted from Another Medium.” The free film series screens every Tuesday night from August 26, 2014 to December 2.

Before each screening, local film experts will contribute an introduction, while Helford and Donnelly lead the post-screening conversation.