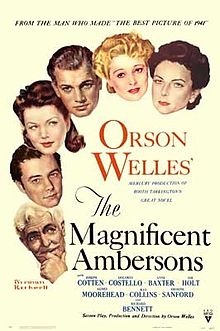 After his first film, Citizen Kane, failed at the box office, Welles was given one more shot and made this masterpiece, which, although drastically cut by the studio, many, including Welles, believe to be superior to Kane.