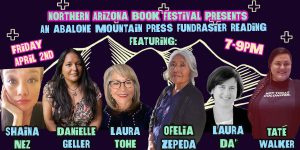 Laura Da’ is a poet and teacher. A lifetime resident of the Pacific Northwest, Da’ studied creative writing at the University of Washington and the Institute of American Indian Arts. She is Eastern Shawnee. Her first book, Tributaries, was published by the University of Arizona Press and won a 2016 American Book Award. In 2015, Da’ was both a Made at Hugo House Fellow and a Jack Straw Fellow. Her next book, Instruments of the True Measure, is forthcoming in 2018. Da’ lives near Seattle

Laura Da’ is a poet and teacher. A lifetime resident of the Pacific Northwest, Da’ studied creative writing at the University of Washington and the Institute of American Indian Arts. She is Eastern Shawnee. Her first book, Tributaries, was published by the University of Arizona Press and won a 2016 American Book Award. In 2015, Da’ was both a Made at Hugo House Fellow and a Jack Straw Fellow. Her next book, Instruments of the True Measure, is forthcoming in 2018. Da’ lives near Seattle with her husband and son.
Laura Tohe is Diné. She is Tsénahabiłnii, Sleepy Rock People clan, and born for the Tódich’inii, Bitter Water clan. She grew up at Crystal, New Mexico near the Chuska Mountains on the Diné homeland.
Her published books include Making Friends with Water (chapbook); No Parole Today, a book on boarding schools; Sister Nations: Native American Women Writers on Community, co-edited with Heid Erdrich; Tseyí Deep in the Rock, in collaboration with photographer, Stephen Strom; and Code Talker Stories, an oral history book with the remaining Navajo Code Talkers. The Phoenix Symphony commissioned her to write the libretto for Enemy Slayer, A Navajo Oratorio, which made its 2008 world premiere as part of the Phoenix Symphony’s 60th anniversary. A compact disc recording of Enemy Slayer is on the Naxos classical music label. It received rave reviews by the Arizona Republic and was called “a triumph” by Opera Today.
A poet, writer, and librettist, Tohe’s work has been published in such journals as Ploughshares, New Letters, cream city review, Red Ink, World Literature Today and many others. Her work has appeared in the U.S., Canada, South America and in Europe with French, Dutch and Italian translations. She has read her poetry internationally in the U.S., Europe, and South America. Laura holds a doctorate degree in creative writing, Indigenous American Literature, and American Literature.
Laura is Professor with Exemplar Distinction in the English Department at Arizona State University and is an Arizona Speaks presenter for the Arizona Humanities that awarded her the 2006 Dan Schilling Public Scholar award.
In 2015 Laura was honored as the Navajo Nation Poet Laureate for 2015-2017, a title given to her in celebration and recognition of her work as a poet and writer.
Taté Walker (they/them) is Mniconjou Lakota and a citizen of the Cheyenne River Sioux Tribe of South Dakota. They are an award-winning Two Spirit storyteller for outlets like “The Nation,” “Everyday Feminism,” “ANMLY,” and “Indian Country Today.” Their work appears in “FIERCE: Essays by and About Dauntless Women” (winner Nautilus Book Award and Publisher’s Weekly BookLife Prize), “South Dakota in Poems,” and their first full-length book, “Thunder Thighs & Trickster Vibes,” is forthcoming from Mango Publishing. Learn more at

A member of the Tohono O’odham (formerly Papago) Nation, Ofelia Zepeda grew up in Stanfield, Arizona. She earned a BA, an MA, and a PhD in linguistics from the University of Arizona. She is the author of a grammar of the Tohono O’odham language, A Papago Grammar (1983). Zepeda’s poetry collections include Ocean Power: Poems from the Desert (1995) and Jewed’l-hoi/Earth Movements, O’Odham Poems (1996).
Zepeda’s poetry touches on linguistics, O’odham traditions, the natural world, and the experience of contemporary O’odham life. Her work is influenced by traditional Papago themes and songs. Dennis Holt, reviewing Zepeda’s work for Drunken Boat, identified the “cultural mélange” of her work, commenting that “a number of Zepeda’s poems display varying patterns of bilingualism, including code-switching and immediate interlinear translation.”
Zepeda was honored with a MacArthur Fellowship (1999) for her contributions as a poet, linguist, and cultural preservationist. She received a grant from the Endangered Language Fund for her work on the Tohono O’odham Dictionary Project. Zepeda has been a professor of linguistics and director of the American Indian Studies Program at the University of Arizona, as well as director of the American Indian Language Development Institute. She edits Sun Tracks, a book series devoted to publishing work by Native American artists and writers, at the University of Arizona Press.
Danielle Geller is a writer of personal essays and memoir. Her first book, Dog Flowers, was published by One World/Penguin Random House in 2021. She received her MFA in creative writing for nonfiction at the University of Arizona, and a Rona Jaffe Writers’ Award in 2016. Her work has appeared in The Paris Review, The New Yorker, Brevity, and Arizona Highways, and has been anthologized in This Is the Place. She lives with her husband and two cats in British Columbia, where she teaches creative writing at the University of Victoria. She is also a faculty mentor for the low-residency MFA program at the Institute of American Indian Arts. She is a member of the Navajo Nation: born to the Tsi’naajinii, born for the white man. 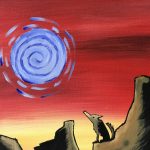 Paint the Town with Creative Spirits and Mother Road April 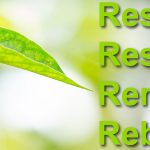 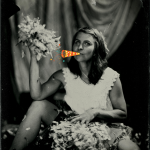 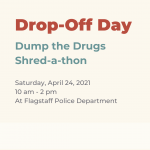 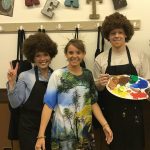 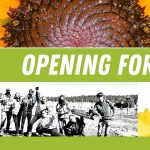 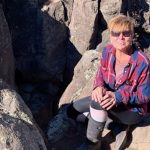 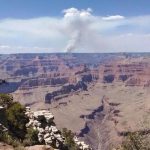 Fire on the Rim (and Inside Grand Canyon)